How to Avoid the Medicare Part B Penalty

Penalties are the worst!

Before we dive in, let's alleviate some of your fears and discuss who WON'T get slapped with a Part B penalty.

Who Won’t Get Penalized for Part B?

First, we want to address those of you who won't get penalized for Part B, because there are, in fact, many people who will not be penalized.

If you enroll into Medicare during the Initial Enrollment Period (IEP) you will not be penalized for Medicare Part B. What is the IEP? It’s a seven month period that starts three months before you turn 65 and continues three months after your 65th birth month. If you plan to retire at 65 then you must enroll into Medicare during this 7 month window. If you are working then you will sign up later once you retire.

Who Will Get Penalized for Part B?

We know who won’t get penalized for Medicare Part B, now let’s dive into who will be affected by Part B penalties.

The second problem with the GEP is your coverage is delayed. Even if you enroll in the first quarter of the year, your coverage won't start until the beginning of the third quarter.

Now that you know when to enroll you should be able to avoid any penalties! Of course if you would like to ensure you stay penalty free our Medicare School Guides would love to help. If you would like to schedule a free phone appointment with one of our highly trained Guides click here to find a time that works for you. You can also call us with any questions at (800) 864-8890. 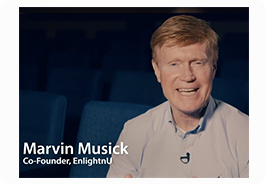 Get It Right The First Time

If you want the best Medicare plans for your retirement, give us a call. We provide the education and award-winning guidance you need to make the right decision.

With so much conflicting and confusing information surrounding Medicare, it’s easy to feel unsure about how to choose the best plan(s). At MedicareSchool.com, we empower you with the knowledge and guidance you need to get the best Medicare plans and live retirement worry-free.

Connect With Us:
© 2021 MedicareSchool.com. All Rights Reserved. MedicareSchool.com is an EnlightnU USA Company. Medicare has neither reviewed nor endorsed this information. Not connected with or endorsed by the United States government or the federal Medicare program. Calling our phone number will connect you to a licensed broker who is trained and certified to help you review the plan options available in your area.
Privacy Policy | Terms & Conditions | Cookie Policy